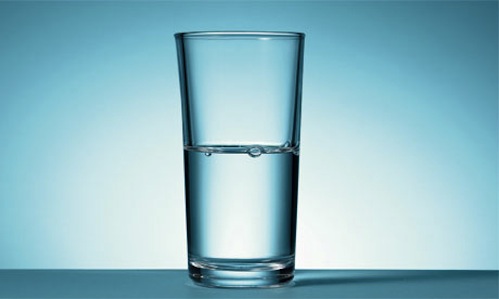 5 Differences Between Optimists And Pessimists

Optimism maximizes potential as pessimism squashes it. Look at these five distinguishing differences between optimists and pessimists and tell me – which one are you?

1. Optimists Believe They Are In Control

Optimists believe they can shape their future. They see no reason why tomorrow can’t be better than today was, and they’re right. Circumstances and prior failures don’t matter as much to an optimist.

An optimist’s worldview is such that life improvement is expected. This loops and strengthens itself over time through positive reinforcement, especially with the right strategies.

But pessimists often feel no sense of control over their lives. If they believed they had control, they wouldn’t be pessimists, because that would mean that they choose negative outcomes. Quite often, pessimists base their gloomy expectations on prior experiences. They fail to understand the concept of 2nd, 3rd, and 33rd chances.

Yesterday is filed away as a joyful or educational experience in the mind of an optimist. There is no day like the present, and hey, tomorrow is looking pretty good too.

Have you thought about this? The present moment is completely neutral. Anything (good or bad) can happen from this moment on. So the optimist sees this neutrality as an opportunity to make something good happen. Another optimist skill is connecting how today’s positive actions almost guarantees a better future.

Pessimists are not forward-looking in general. Yes, they look ahead and see a bleak future, but they often base it on the past, where they like to hang out and drink slurpees. Do you know of any super successful and happy people who see their future as bleak? If so, it’s probably because of some recent news or traumatic event, not their past.

Even if your past was rough, it is possible to have a bright outlook if you believe in yourself (next on the list).

The past can cripple you if you live in it. It can hold you back if you believe you’ve already hit your ceiling. Or it can teach you if you examine it.

If you want to be an optimist, let your past become weightless life lessons. It’s a choice.

3. Optimists Are Confident In Themselves

Confidence is a determining factor for optimism and pessimism. Optimists believe they can overcome whatever life throws at them and continue on their way. Pessimists don’t believe this, and so are “victims” of circumstance.

If you lack confidence, you might be a pessimist for the simple reason that you don’t believe you can do it. The best way to fix this problem is to learn the skills you need in order to succeed. Change your definition of success to progress and focus on what you can succeed with now.

Example: You want to write a Best-selling novel, but you’re pessimistic because of your current writing ability.
Solution: Get better! Change your goal to writing any book or learning how to write better. Stephen King wrote three full books before he had one published.

Remember, it’s hard to be pessimistic when you know you can do it.

Problems are a part of life. I’ve found it best to ignore the ones you can’t do anything about. A pessimist can see an optimist with the same problems and think, “well, if they had my issues, they wouldn’t be so peppy!” It’s not true. People with all sorts of problems cope with them and still move their lives in a positive direction.

Sometimes the best way to deal with life’s problems is to say, “so what? I’m deciding to move forward.”

5. Optimists Have Better, But Shorter Lives

Optimism produces a better life of course… but shorter!? Yes, according to a recent study.

“Our findings revealed that being overly optimistic in predicting a better future was associated with a greater risk of disability and death within the following decade,” said lead author Frieder R. Lang, PhD, of the University of Erlangen-Nuremberg in Germany. “Pessimism about the future may encourage people to live more carefully, taking health and safety precautions.” (study 1)

Before you pronounce optimism dead, take a closer look at how they reached this conclusion…

it isn’t clear which of these people were optimistic or pessimistic – it just measured their expectations to actual life satisfaction years later. The people defined as “overly optimistic” could have been slightly pessimistic and had worse life outcomes than expected. And the people defined as “pessimists” who underestimated life satisfaction could have been slightly optimistic and had their expectations exceeded.

“The most optimistic individuals had an approximately 50{54c12dad2cc2b53ae830e39915b1a3e70288dbcbbeb8bbf8395437c5dc3c512c} reduced risk of experiencing an initial cardiovascular event compared to their less optimistic peers,” said Julia Boehm, research fellow in the Department of Society, Human Development, and Health at HSPH. (Study 2)

“They found that individuals with a sense of well-being engaged in healthier behaviors such as exercising, eating a balanced diet, and getting sufficient sleep. In addition, greater well-being was related to better biological function, such as lower blood pressure, healthier lipid (blood fat) profiles, and normal body weight.” (Study 2)

I believe there is a takeaway point here.

According to this research, realistic expectations help us to make smarter choices, and general optimism is very good for the mind and body. To go along with the obvious benefits of an optimistic mindset, it makes sense to be optimistic about your future, but not to let it blind you to life’s turbulence. Neither blind optimism or blind pessimism are good for you.

So be a realistic optimist. 🙂

My mission is to help people stay focused in a distracted world. My name is Stephen Guise and if you subscribe to my blog’s list, you’ll get my anti-stress eBook as a gift and personally written updates for new articles 2-5 times a month. I write Interactive Stories too. Play through the first one here. And I’m launching a new blog post “review” service this month. It’s going to spin the blogosphere!

All of this is even more fun than it sounds. Sign up here to keep updated on this exciting stuff!

45 Responses to 5 Differences Between Optimists And Pessimists