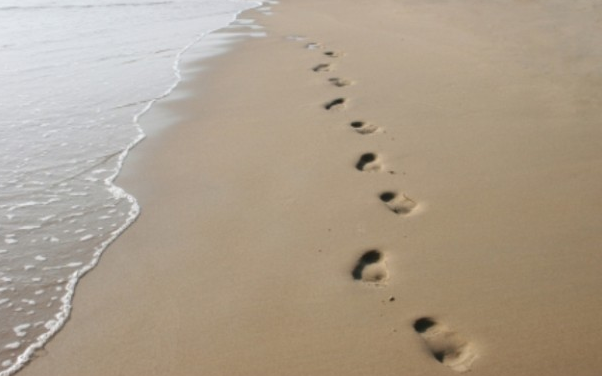 How To Change Your Life With Mini Habits

Imagine you’re at a New Year’s Eve party. Everyone gathers into a circle, and one by one, they answer the question, “What are your goals for next year?” The answers fly in enthusiastically:

But let’s not just blame resolutions, as they’re just another version of the same goals people set at all times. I was never much into resolutions, but I did set lofty goals throughout the year. For 10 years of my life, I was very motivated to change, and yet I couldn’t. Everything changed in late 2012.

The One Push-up That Changed Lives, Including Mine

That’s a bold claim, I know. But it’s true that because I did one push-up on December 28, 2012, thousands of lives have been and are being changed for the better (including my own).

On this night which was sandwiched between Christmas and the new year, I decided to start exercising consistently.

“I will start with a 30 minute workout and do it every day from now on,” I thought. But I couldn’t even do it the first time. I did not want to exercise. I felt lazy, unmotivated, and a little bit sorry for myself.

I knew I had to get creative, so I thought about a concept I read in Thinkertoys, a creativity book. The concept is called false faces, in which you consider the opposite of what you’re currently thinking. Well, I was thinking about how difficult it was to do this workout. It seemed impossible!

The thought came to mind: “do one push-up.”

Ha! I went along with it to humor myself.

“Since I can’t do anything meaningful, I’m going to aim for one push-up.”

It was a self-mocking joke at the time. When I got down into push-up position, however, I started getting really curious because I realized that it was the same start to a full workout. Then I did my push-up. I was weak and my elbows needed WD-40. I decided to do a couple more since I was already in position.

I jumped up and decided a few push-ups was better than nothing. Then I had an idea—I set my next goal of one pull-up. Done, and then a few more. I continued with this strange new game until I had exercised for 20 minutes. “That was great,” I thought, “but there’s no way I’m doing an ab workout now.” That’s when I challenged myself to pull out the exercise mat. Ten minutes later, my abs were on fire and my 30 minute workout was finished.

At this point, the light bulbs in my head were like stars going supernova. This was my first mini habit. And while I thought it was pretty neat, I had no idea it would absolutely transform my life.

How To Begin Your Own Mini Habits Today

If you’re tired of wrestling with yourself to change, it’s because you’re fighting a battle you’re not strong enough to win. It’s nothing to be ashamed of—humans are neurologically built to resist change. But mini habits slip right under this resistance (they’re too small to resist).

Over time, mini habits destroy resistance in much the same way that termites destroy trees. Individually, they’re small, but when combined over time, they have a huge impact. Mini habits work so well because they generate momentum and reprogram your subconscious (which is why I no longer resist exercising).

The reason mini habits work so well is that they are simple and easy to implement. Otherwise, like with other strategies, when we have a bad day, get overwhelmed, or run out of willpower, we’ll drop our goal and lose our progress.

If you ultimately want to get fit, aim for one push-up a day, every day. You may always do more than that, but never less. Mini habits have no ceiling, so do as much as you want when motivation is high.

If you can succeed on your worst day, what’s there to stop you? I can’t answer that, because nothing has stopped me yet. I type this on day 300+ in a row (I stopped counting) of my writing mini habit. And my push-up mini habit would be at 500+ days in a row if it hadn’t morphed into a full-size gym habit a year ago.

Win First, Then Go To War

To change your life, the key isn’t to aim high, but the opposite. When you aim high, all you’re doing is decreasing your chance to win. My life changed when I started setting goals I knew I could achieve every day; I built from that point of strength.

Do you remember the quote from the beginning of the article? Legendary Chinese General Sun Tzu said that “victorious warriors win first, then go to war,” and that’s exactly what mini habits do for us. You get the easy win, and then you go to battle from a position of empowerment. The psychological impact and momentum from beginning a task is not to be underestimated. You’ve got to try it to experience the power of what I’m talking about!

If you’d like to learn more about mini habits, the Mini Habits book is rated 4.7 stars and highly recommended. It covers the science of change, explains in depth why typical strategies fail, and shows you whether using willpower or motivation is more reliable basis for change. It will answer your questions like, “How can one push-up a day help me at all?”  The book will also provide a step-by-step guide to show you how many mini habits to pursue at once (yes, you can have more than one), how to track them, and all the pitfalls you’ll want to avoid to guarantee your success.

I’m Stephen Guise. To hear from me each Tuesday morning about habit-formation, focusing, and self-mastery (not to mention some amazing goodies), join Deep Existence (it’s free).

10 Responses to How To Change Your Life With Mini Habits