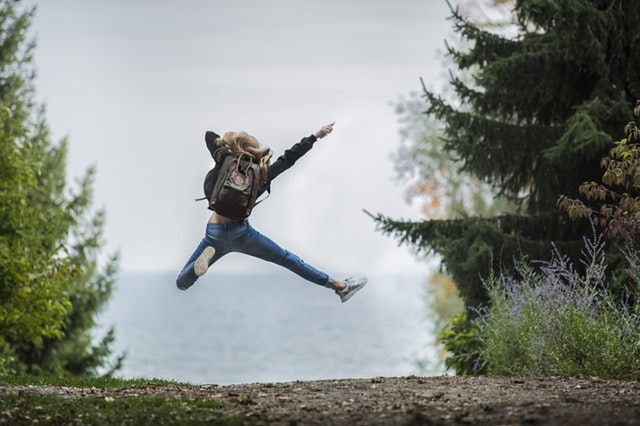 “I just want to be happy”

How many times have you heard someone say those words to you?

Maybe you’ve said them to yourself a few times too.

The truth is: we’re all on this constant search for happiness; however, when we do find it, it’s often short-lived. So why is that something that is so important to us is also so hard to get?

The short answer is that when you try to achieve happiness by obtaining it, it’s often temporary. Far too often, we look for quick fixes that provide temporary moments of joy such as a new car, a bigger house, or our much desired promotion.

What if I told you that you could gain a more permanent state of happiness by giving things up rather than obtaining them?

Giving things up that cause stress, anxiety, feelings of uneasiness and other factors that can contribute to a sense of unhappiness is a key component in creating long term happiness.

Here are five things that you can give up if you want to be happy:

Complaining can be an easy way to blow off steam; however, too much of it can be damaging to yourself and those around you. Complaining is one of those behaviors that feeds itself. By constantly talking about how bad things are, you reaffirm your negative beliefs.

While expressing your concerns once in awhile can be viewed as a healthy and therapeutic outlet, a constant display of your frustrations will only fuel your unhappiness and drive others away.

We often assume that happy people never have limiting beliefs – that they’re always happy – and never struggle with their decisions or confidence. The truth is no matter how happy you’re, there will still be moments where you experience thoughts of uncertainty.

The difference is that those that experience happiness often handle their limiting beliefs better than others. Bring awareness to your limited beliefs, embrace them, and use them as an opportunity to grow.

3. Dwelling on the Past

When you think about past events, chances are they’re not healthy or positive. Negative thoughts are the quickest way to kill your happiness. Dwelling on the past will keep you focusing on the “what ifs” and “how comes.”

Living in the past will not only tamper with your happiness, but also induce feelings of anxiety, depression, and self-doubt. The past, present, and future are all temporary states and should be treated as such. Instead of wondering what could have been, focus on creating the change now.

Unhappy people find no shame in blaming others when something goes wrong. Instead of taking responsibility for their actions, they point the finger in the opposite direction. They find it difficult to believe that the situation they are in is due to their own choices.

It’s okay to be wrong. In fact, most people find it admiral when you choose to “fall on your sword.” Being able to accept responsibility for your actions is a clear indication that you’re comfortable with however the outcome turns out, which can also be interpreted as a sign of happiness.

One of Ben Franklin’s most famous quotes is “Nothing is certain except death and taxes.” Although true, there is one more certainty in life: that’s change. Change is inevitable and being willing to adapt to change is a critical factor in determining your happiness.

People who resist change focus on the problem, not the solution. Instead of embracing change they revolt, which only fuels more negativity – making the situation worse – and making themselves even more unhappy. Life is all about change. The sooner you learn to embrace it, the happier you’ll be.

After overcoming a medical trauma, Gary has been inspiring others to overcome their challenges. For more inspiration and to learn more about his story, visit laughatadversity.com