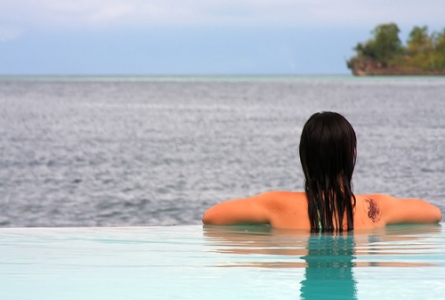 5 Questions That Will Change Your Life

Posted on September 5, 2008 by Erin Falconer | CATEGORIES: self improvement

If I could offer you free of charge 5 questions guaranteed to improve the quality of your life, make you happier, less likely to get into arguments, more likely to reach your goals and be more popular with other people, would you be interested in hearing them?

Of course you would, who wouldn’t? After all, they’re free and it doesn’t get much cheaper than that.

Well actually there is a slight catch. Yes they’re free and yes they’ll do all I claim and more, but only if you commit to embedding them so deeply into your neurology by constant and conscious repetition that they become second nature.

Then and only then, will they allow you to make the kind of quantum shift in your life that has your friends thinking your body has been invaded by a very clever, charismatic and slightly easier to get along with space alien.

1. What Else Can This Mean?

As a human being you have developed your own way of looking at things. You see the world through a filter or lens built up and fine-tuned on your beliefs and values. As such you only ever see your own reality, never reality itself.

It’s taken you years to build up your own filter and because of that you’ll often try and hang on to it for grim death, sometimes in the face of overwhelming contrary evidence.

It’s not that you’re an unreasonable person because everybody is the same to a greater or lesser degree. Every single person has their own filter and has their own difficulties accepting that they are one of over 6 billion realities.

You can separate yourself from your automatic repetitive way of thinking though by asking yourself with a genuine sense of curiosity, one simple question.

“What else can this mean?”

That one question forces you to look for alternate ways of viewing things.

Some people say that’s not realistic. I say what’s realism and if you can set your own, why on earth wouldn’t you want to?

“Reality is merely an illusion, albeit a very persistent one.”  ~ Albert Einstein

In terms of setting and achieving goals, too many people get wrapped up in the “How can I do this?” mode of thinking. That can be useful and I know many people have reached their goals by purely taking that approach.

However, there is an easier and quicker way and that’s to ask yourself, “Who can help me?”

Whatever it is you want to do, it’s almost certain that somebody has done it before (or at least something very similar). Find out how they accomplished it and model them. Speak to them if possible and learn from their successes and their mistakes. If there is no option to speak directly (always tricky with dead people), read up on them and talk to people that may have known them.

There’s no need to reinvent the wheel just remember, the quickest route to success is to follow a beaten path.

“Human beings, who are almost unique in having the ability to learn from the experience of others, are also remarkable for their apparent disinclination to do so.” ~ Douglas Adams

Try and stifle that eye roll and yawn for just one moment. I know the whole attitude of gratitude thing has become more clichéd than a drunken Oscar winners acceptance speech, but there is a reason for that. It’s because it’s incredibly, awesomely, stunningly (insert over the top adjective of your choice here) powerful.

I once requested a client’s wife to ask her husband at least 10 times a day the question “What are you grateful for?” He was to reply with a different answer every time. “How long should we do it for” she asked me. “For at least 40 years” I replied.

I was being a bit glib, but not that much because there was a serious message behind what I was saying. If you can’t think of 10 new things each day to be grateful for you’re not looking hard enough because they’re out there.

The act of searching our minds for things that we’re grateful for is a brilliant state changer. It will improve your mood, make you feel more resourceful and stop any thoughts of self-pity that can lead toward developing a victim mindset creeping in

I suppose you may do that once in a while for a bit of spontaneity, but it’s not something many people this side of sane do on a regular basis.

Yet we often get drawn into situations with absolutely no idea of what we want to achieve. For example, have you ever been in an argument intent on proving the other person wrong? Did it ever pan out like you hoped it would? Did they thank you afterwards for making them look like a complete idiot? Did they go on to compliment you on your dazzling intellect, rapier like wit and mention how lucky they were to know you? I suspect not.

I have been a soccer for fan for almost 40 years. In that time I have seen hundreds, if not thousands of games either live or on TV. More times than I care to remember I have seen players surround a referee after a penalty kick has been awarded. They jostle, intimidate and harass in an attempt to get him to change his mind.

The really weird thing is that I have NEVER seen a referee do a volte-face. Never heard of one saying, “Thanks for pointing out that I have the visual acuity of a mole guys. Now I think about it I think you may be right and the ball was out of play before the tackle. Let me change my mind and award a goal kick instead”

Yet even bearing that in mind, the protests go on.  If each one of those players asked themselves what their end game was (to get the penalty overruled) and then realized they would never achieve it, they might save some breath and get on with the game. On the other hand, these are soccer players we’re talking about and not chess grandmasters, so may be not.

Next time you find yourself about to get involved in a disagreement, ask yourself “What’s my end game?” You’ll probably realize it isn’t to spend 2 hours quarrelling about who invited the in-laws round for dinner, resulting in you saying lots of things you don’t really mean, the net result of which is you spending a night on the couch.

5. What Can I Learn From This?

In my experience one of the things that separates the super-successful from the rest of us mere mortals, is the ability of the former group to learn from their mistakes. In fact I’d go further than that and say it’s not just to learn from them, but also to embrace them.

They see a failure as feedback. They know that it’s impossible to be really successful without failing a lot, so they want to fail and fail fast.

Think of any negative situation you have been in recently that didn’t go your way. Now ask yourself “What can I learn from it?”

In any situations there will be something that you can learn and if you can take those lessons forward and avoid replicating them in the future then you have extracted a positive from a negative.

Never leave the scene of a ‘failure’ without taking a positive from it and the good news is, they are always in there if you look hard enough.

“You always pass failure on your way to success.”  ~Mickey Rooney

This article was written by Professional Life Coach Tim Brownson. Tim is owner of A Daring Adventure and if you’re so inclined you can read more of his ramblings at ‘The Discomfort Zone’.

14 Responses to 5 Questions That Will Change Your Life