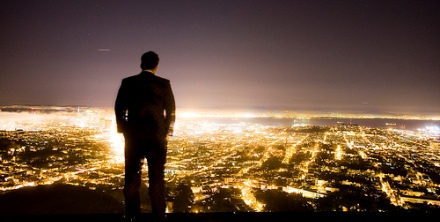 7 Undeniable Reasons Why Some People Fail Where Others Succeed

Posted on March 24, 2008 by Erin Falconer | CATEGORIES: motivation, self improvement

“Success happens not by chance, but because you were given a chance and took advantage of it.” – Kevin Geary

To most people, being born in a free country is the greatest gift. To others, it’s a fleeting thought. For the latter, I feel sorry.

Before I go any further, I must admit that not everyone will find success. There will always be those who sit around waiting for success to find them. There will be those who are simply not willing to achieve it. And then there’s the fact that success would not exist without failure. All of these things create what we know; a world where success and failure are experienced by different groups of people.

Here are 7 undeniable reasons why some people fail where others succeed:

“Striving for success without hard work is like trying to harvest where you haven’t planted.” – David Bly

Do you believe that success is won, innate, or earned? The answer someone gives can tell you a lot about them, and why they are where they are.

How hard are you willing to work if you believe that success is won rather than earned?

How hard are you willing to work if you feel your opportunity doesn’t matter and your chances of success are nil because of your circumstances?

Success is earned: the last group of people believes what we know to be true based on statistical analysis; success is earned. These people understand that in order to succeed, they must earn it. How do they earn it? They climb the mountain and utilize the same process others have used to achieve.

How hard are you willing to work if you believe success must be earned?

“The ladder of success is best climbed by stepping on the rungs of opportunity.” – Ayn Rand

Let’s ask the same questions we asked when we discussed success:

I hope this is coming together for you. I still want to go further though. I want you to see exactly how your views on opportunity and success work together to help determine your outcome.

Of course, people don’t stay in one class their entire life. The people who move between classes tend to have the same outlook as those of the class they move to.

“The value of a man’s position is often determined by the number of people qualified to fill it.” – Kevin Geary

We just discussed two important terms: success and opportunity. In order to continue our discussion further, we must discuss another, “work.”

Inevitably, people will point out that factory employees work harder than CEOs. Of course, this depends on your analysis of the word “work.”

Those who claim that success doesn’t always come from hard work only acknowledge one aspect of work, physical labor.

Of course, work is labor, period. Excluding mental labor from the term work is biased and unfair. CEOs may sit at a desk, wear a suit, and enjoy the air conditioning, but that doesn’t mean they labor any less than the man in the shop room, it’s simply a different type of labor. Not accepting this is like making the argument that one who hates their job labors more than one who enjoys their job and the pay should be altered to make up for it. You see where this is going?

Needless to say, the man in the shop room wouldn’t have a job if the CEO behind the desk wasn’t doing his (and vice versa). The only difference is which job you’d rather be doing, and that depends solely on the choices you make throughout your life.

“To expect defeat is nine-tenths of defeat itself.” – Henry Mencken

While there is a minority of people who actually choose to fail, the majority that fail simply make poor choices or have a poor outlook. Basically, for the majority, failure is a choice but not a decision.

I can’t possibly list all of the bad choices people make which lead them to failure, but a few to get you headed in the right direction are:

Of course, there are also those things which are out of someone’s control.

If you’re born into an inner-city family and attend a poor school system, you obviously start out behind others. If you’re handicapped, your road to success may be longer and more difficult. But none of this bars you from success; I’ll elaborate on this later when we discuss circumstances.

Lastly, as our quote up top reminds us, many people defeat themselves simply by expecting defeat in the first place. They don’t expect success and it actually becomes a self-fulfilling prophecy. For more on this, you might like my highly popular article; Your Life Sucks Because You Expect it to Suck (and 10 Ways to Improve it Right Now).

5. They Think Failure is Final

“Success is the ability to go from failure to failure without losing your enthusiasm.” – Winston Churchill

Failure is a key ingredient in success. Those who don’t achieve success most likely quit after their failure. Quitting, of course, is a choice.

So the question is, how hard and for how long are you willing to fight? There are no shortcuts, statistically. The vast majority of millionaires are self-made and far too many lottery winners are broke and worse off than they were before they won the lottery. Why? Because wealth is about behavior and money doesn’t protect you from failure.

If you want to succeed where other people fail, you have to step right over failure and keep walking. The people who don’t make it let failure defeat them. Failure becomes their end result because they refuse to walk any further.

Look at it this way; if you aren’t dead yet, there’s still hope.

6. They’re a Victim of Their Circumstances

“The first step toward success is taken when you refuse to be a captive of the environment in which you first find yourself.” – Mark Cain

One of the biggest rebuttals given by non-achievers is that they are held back by their circumstances.

I don’t think circumstance is a fair argument though. Yes, you may be subject to circumstances that make it more difficult for you to succeed, but that doesn’t change the fact that you start with the same opportunity as others; the opportunity provided to you by living in a free country.

It’s also important to note that some people handle circumstances better than others. For instance, you can’t say that a handicap is a circumstance that prevents you from achieving when others with the same handicap have achieved.

Everyone has issues, circumstances, road blocks, etc. It’s all about how you deal with your circumstances and how hard you’re willing to work to overcome them. But the basics don’t change; you’re still in a free country and nobody is preventing you from achieving except for yourself.

7. They Take No For an Answer

“Opposition is a natural part of life. Just as we develop our physical muscles through overcoming opposition – such as lifting weights – we develop our character muscles by overcoming challenges and adversity.” – Stephen R. Covey

First, you are given an opportunity. Then, based on that opportunity, you hatch a dream. And when you try to execute that dream, you meet your opposition. It is here on the battleground, facing the opposition, that success is either realized or lost.

Everyone faces opposition on their way to the top. The crack babies and the trust fund babies both have their own sets of problems. And you can’t assume that one faces more opposition than the other; everyone’s life and path to success is unique.

The people who succeed are those who don’t take no for an answer. They shrug off the pessimism, they choose better friends, they put up boundaries with their family, and they surround themselves with positive people and things.

Success is possible for anyone who is willing to achieve it. There are many who want success, but there is a huge difference between wanting-to and willing-to. You have to be willing…

The other thing to remember is that your outlook and the way you define success, opportunity, and work play a large role in determining your outcome.

If you aren’t achieving, the first person you should always look to first is yourself.

This was a guest post by Kevin Geary from Change Your Tree. Kevin is also the author of The Good Parent’s Guide to Teaching Your Children How to Retire Young and Wealthy.