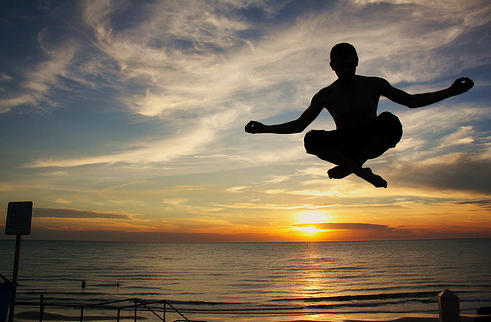 5 Ways To Standout and Get That Promotion

So you’ve been working in your job for years and finally that opportunity for promotion which you’ve been waiting for comes along but it’s not going to be that simple is it? You see the rest of your colleagues and team have been waiting for it too and suddenly you’ve turned from a close-knit group of comrades to rivals all vying for this rare opportunity. God only knows when the next chance for a promotion will come up – probably when Stefan, your current line manager, dies but he looks to be in good shape and you can’t see that happening unless he gets hit by a bus. To make matters worse he drives everywhere so there’s definitely no chance of him catching a bus let alone get hit by one. No – You’re going to need to get this job and beat everyone else – so how do you do it?

You will have to be the one that stands out, that’s how – but it’s not going to come down to this application alone – you see when it comes to working in a close knit team your boss already has a good idea of who is capable and who isn’t so you need to sow the seeds for promotion well before such an opportunity arises.

Here are 5 things you can start to do that will help you standout for that promotion when it comes along.

Bio: Saj Devshi teaches psychology students on his website Loopa Psychology Revision– You can find him lurking there.

1 Response to 5 Ways To Standout and Get That Promotion