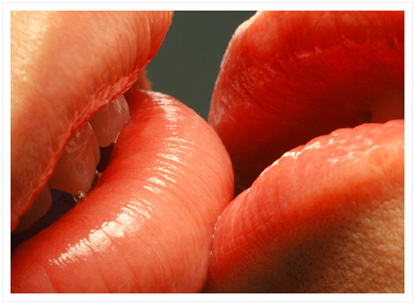 Posted on January 26, 2011 by Erin Falconer | CATEGORIES: confidence, self improvement

It’s amazing how much we all spend on beauty – hair styles, makeup, manicures, waxes, diet products, stylish clothing. I went to get a makeover the other day and could not believe the cost of all the skin products to clean my skin! That was even before we got to the point of covering it up with beauty products! Call me old-fashioned (or call me cheap) but good old soap and water works just fine for me.

And while women may spend a lot on beauty products, men do their share of spending in order to up their sex-appeal quotient. I’ve known more than a few men who talk about buying a car meant to impress the ladies – a “chick magnet.”  Fancy cars may impress some women (gold diggers!) but I think most of men and women alike are attracted to certain characteristics that don’t cost a penny.

So here are 3 Free Sexy Secrets:

Confidence is one of the most attractive traits someone can have. If you ever watched the movie, “The Full Monty,” you may have noticed the transformation of a group of somewhat ordinary men to a group of very sexy performers, once they had confidence. Now sure, it’s just a movie, but in my experience, this phenomenon is absolutely true in real life.  I have known plenty of people who might be rated low on HotOrNot.com, but were very popular and attractive because of their confident personalities.

Of course, there’s a fine line between confidence and arrogance. As attractive as I find confidence, I find arrogance equally unattractive. What’s the difference? An arrogant person will act as though he is better than others. She may gossip or put others down in order to elevate her own status. He may spend most of his time telling you all about his accomplishments without any interest in yours. Arrogance may seem like confidence, but my belief is that it’s a form of insecurity – the opposite of confidence. Arrogant people need to prove their worth by putting others down or by talking about themselves. Confident people feel good enough about themselves that they don’t need validation from others. They also make a point of helping others feel good, too. It’s an “I’m OK, You’re OK” attitude.

I read once in Men’s Health that women notice a man’s abs first. I don’t know how many women the writer interviewed to come up with this little factoid, but I have never heard of a single woman who said they were attracted first to a guy’s abs.  First of all, where are these women hanging out? Unless we’re around the beach, pool, or … ok, maybe watching a performance like “The Full Monty”… we don’t even get to see a stranger’s abs.

So what do we notice first? Well, for me, it is absolutely the smile. Whether you’re trying to attract a romantic partner or a friend, nothing beats a smile for putting someone at ease. If it’s natural and genuine, you’ll be seen as positive and friendly. Who wouldn’t be attracted to that?

But a smile is just the start.  If there’s a true rapport between two people, the smile will lead to laughter, and who amongst us doesn’t feel a high when we meet someone who laughs at our jokes?

I once read that the single-biggest reason we like someone is because we think they like us. I don’t remember where I read this, but unlike the comment about the abs in Men’s Health, this is something I agree with.  It feels really good when we think someone is interested in what we have to say or admires us, or again, laughs at our jokes.

It’s funny, but many people do not openly express their interest in others for fear of rejection. They feel that if they tell someone new how much they like them, the recipient may back away or not return that interest. While it’s true, you may not want to go overboard with your admiration too soon, everyone likes to hear nice things about themselves and they usually feel very grateful for the compliment.  If you are attracted to someone and they don’t feel the same way, it’s no reason to feel embarrassed or rejected.  They still are most likely going to be very flattered and grateful for the attention you’ve given them.  But, more often than not, especially if your interest is not needy or dependent on their reciprocation, you will find that they are just as interested in you as you are in them.

Three sexy secrets, all free.  Have confidence, smile and show your interest to those around you. You will undoubtedly attract everyone you meet.