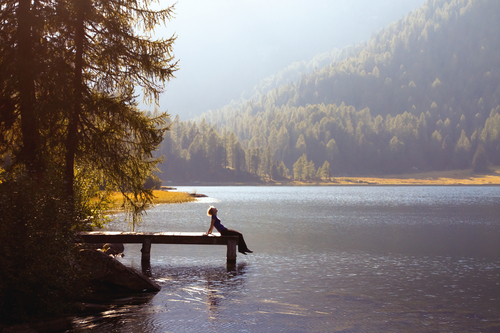 4 Ways To Stop Caring What Other People Think

Posted on January 17, 2015 by Erin Falconer | CATEGORIES: confidence, self improvement

Last year, I had a vague idea of what I wanted to do in life. Although it wasn’t crystal clear, because I lacked confidence enough as it was and giving the people closest around me a reason to put me down was quite honestly, too much to bear.

But most of my goals seemed so out of sync with what everyone else in my area was doing, that if I tried to take a different path they might never let me hear the end of it. That’s where the change came in. I had a bit of an epiphany during the commence of 2014, and realized that I can’t live my life in constant fear of what the people around me will think.

There are a few things I had to change in order to let go of this fear of others opinions and become more independent. So this advice is to help anyone else reading who is stopping themselves from doing something purely because of someone else’s opinion.

They say that more often than not, you turn out just like the 5 people you hang around with the most. Fear is an important factor within this statement, because hanging around with people just like you makes it a lot easier to do what you love and embrace it!

When I first decided I wanted to start a blog, I didn’t know anyone else that ran their own blog at all. None of my current friends did that’s for sure. That all changed within the first couple of months, as I began to connect with people running blogs who are setting out on very similar quests to my own, and it made things much easier for me as they were always there for support, advice and like-minded conversation.

It’s not to say that I forgot my existing friends, because if they’re great friends and they’ve always been there for me, why would I want to drop them for other people? It’s just worth bearing in mind that meeting new people on the same wavelength as you, can give you all the support and direction you need from a friend’s perspective.

2) Remove the Negativity From Around You

As far as my story goes, many of my old friends had a negative outlook on life, or more of a negative attitude towards it if you like. Which made it incredibly easy for them to put people’s opinions down.

For example, when I first suggested that I was going to join a gym, I was met with painful laughter from a few people, which I had to try and shake off. I’ve bulked up a lot since then and surprised many people in the process, but it wasn’t done without first removing this negativity from my life.

I started to withdraw myself from those people that were causing me doubt and emotional struggles, so that I’d be able to express myself more easily within groups and be comfortable sharing my goals with other people.

It’s helped me a great deal over the past year and got me further than ever before, so removing the negative and poor friends from your life can be a very important step in becoming more confident within your surroundings and losing the fear of others opinions.

3) Focus on the Friends You Trust

You probably have many different types of friends, but there will always be a select few that you trust highly. The ones that have always been there for you and supported you no matter what.If you’re ever looking for someone to talk to, these trustworthy friends of yours are definitely the people to go to because they should be understanding and incredibly helpful.

Back when I first wanted to start expressing my ideas and become more confident as an individual, I would talk to two or three friends singularly. I would share my goals, my new ideas and opinions on things, and they’d listen and it would actually turn into a great conversation.

These talks gave me a huge confidence boost because I now knew that some people understood and didn’t go against what I was talking about. So, gradually I began to open myself up to other friends within the circle, and it wasn’t long before things changed – I became more relaxed and my goals started to become reality.

Start with the friends you trust completely, and gradually open yourself up to people. It’s no good trying to conquer your fear by facing a large group of people right away. Build on your confidence gradually.

4) Remember Who Leads Your Life

The last thing to remember; more of a mental challenge rather than anything else, is to really grasp on the fact that you’re the one leading your life. You are free to do whatever you choose. Friends will come and go, and the majority of people you see everyday, you won’t see twice.

So go out and be confident, because the only person that will see every minute of your life is you, and your opinion of yourself is always the most important step in living a happy and peaceful life.

This more than anything, was something that hit me hard in 2014. I can go and do all the things above and definitely end up with a great group of supportive friends, but if we don’t all grasp the fact that we’re the only ones in control of our lives, then we’ll always feel captive and buried below the surface of doubt and fear.

It’s crazy to realize that most of the things we want to do in life, we end up not doing because we fear of others opinions and take on the situations. We fear talking to new people in case they reject us, we fear acting on our ideas in case they get shot down…
If we all mastered this fear and did exactly what we wanted to, just think how much happier we could all be.

Be confident, stay happy and never let others put you down.