Are you rationalizing your decisions? Let me answer that for you real quick. Yes, you are.

There, you can stop reading now. Really. That’s the whole article.

In this article, I will show you:

We humans rationalize our decisions. All of us. Every day.

Let’s say you go to an electronics store, and a sales person talks you into buying a useless gadget that has a bazillion features you don’t need. Then you get home, and somebody asks you why you bought it.

You might well answer “Well it does this, and that, and it has this really cool feature, and look how useful THIS little bit is!”

And then you happily proceed to NOT use any of those features ever again after the first time you try them. This shows you that you didn’t really buy the gadget for those features. You bought it because you had a rush of emotions and you really WANTED that gadget at the store. And when someone points out you made a silly decision there, you rationalize with all the features to show you actually made a GOOD decision. So there’s your first reason why we humans rationalize:

We rationalize to protect our ego.

If you’re thinking right now “Damn right, I DO make all my decision based on logic!”, that’s ok. This article is meant to make you a little uncomfortable. I don’t expect you to immediately accept my premise. I’m just asking you to keep an open mind, and consider what I have to say. And, as you’re reading this, try to think of times in your life when what I’m saying might have been true.

In a moment, I’m going to show you that you don’t make all your decisions rationally, but also that it doesn’t mean you’re an irrational impulsive being fully controlled by your emotions. As with everything that’s human, the truth lies somewhere in between.

Anyway, back to the second reason why we rationalize.

I noticed this a lot in the Linux community. When others ask us why we use Linux, a lot of us Linux geeks reply with logical reasons. Like:

Yet those aren’t the REAL reasons we use Linux. At least, not for me personally. Sure, I like the fact that it’s secure, and that it’s free, and that I can modify the source code of any part of the system I want to. But the real reasons I use Linux are because:

When I noticed that the REAL reasons I use Linux are so different from the reasons Linux geeks usually give non-Linuxers, I wrote a blog post expressing how I felt – The REAL Reason We Use Linux. It became extremely popular, receiving over 250,000 views in the first week, and it’s still the most linked post on my blog to this day. I think this shows that a lot of Linux geeks FELT the same way I did, they just didn’t realize it consciously, or didn’t find the words to express it.

Which brings me to the other reason we rationalize:

We rationalize because we like to maintain the self-image of logical, rational beings.

And because it’s closely tied to your self-image, I might be making you seriously uncomfortable there if you never considered this before. Don’t worry. I don’t expect you to immediately give up your self-image. I’m just asking you to keep an open mind, and consider the possibility that I MIGHT be right. I’ll try to show you some compelling reasons in the rest of this article. Then you can watch for it in your own life, and decide if I’m right based on your own personal experience. 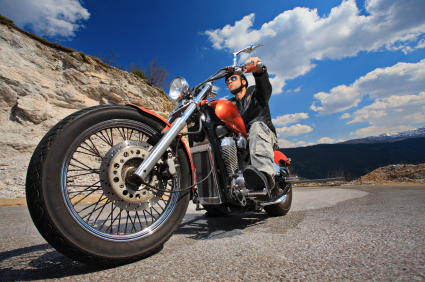 Here are a few questions for you to consider:

Here’s a hint: None of the answers are based on LOGIC.

Take a few moments to consider those questions.

Okay, here are my answers. (You might not agree with everything I say. That’s cool.):

Okay, even if you don’t fully agree with my answers above, here’s a realization I’d like you to take away:

Not everything we do has a logical reason behind it.

So what influences our decisions?

Notice a pattern there? Emotions drive most of our decisions.

The above paragraph might be a bit confusing. But that’s because our thought processes are pretty complicated. We are always mixing emotions and logic when making decisions. Just remember one thing. The first step is always made by emotions. Never by logic.

How This Can Help You Make Better Decisions Here’s the fun thing. Once you stop living under the illusion of being an entirely rational human being, it actually helps you to make MORE rational decisions!

Once you realize emotions are driving your decisions, you can use that to your advantage. You realize that your FEELINGS are the important bit. So how you FEEL about whatever you bought a week, or a month from now is much more important than how much you feel you need it right now.

For example, I used to love donuts. It just felt so YUMMY to eat them! Yet, after eating them several times, I noticed they actually made me feel pretty bad afterwards. And I don’t mean bad as in “oh, I shouldn’t have eaten that” bad. I mean actually, physically bad. Starting about half an hour after eating the donuts, I would start feeling bloated, lethargic and slightly irritable. I don’t know why, and donuts might not have the same effect on you. But one thing remains:

Although donuts made me FEEL great while I was eating them, I also rationally realized they would make me FEEL bad for hours afterwards. It simply wasn’t worth it to eat donuts.

You CAN use logic to control your decisions.

That was the first time I realized we CAN consciously override just about any automatic behavior. It doesn’t matter whether it’s blinking or shopping. But in order to override it, you first need to become AWARE of it. Unless you realize you’re making an unconscious decision, you won’t be able to change it. If I waved a hand in front of my friend’s face without saying anything, he would blink. Then I would do it again, and he would blink again. And again. On the fourth time, he might go “Dude, what the hell are you doing?” and stop himself from blinking. But until then, he was just unconsciously blinking every time I waved a hand in front of his face, letting automated programming make his decisions for him.

In fact, awareness is absolutely crucial if you want to do ANY personal growth! To make any conscious changes to your life, you first need awareness! That’s why I devoted a whole chapter of my newest free e-book, 5 Simple Steps to An Amazing Life, to awareness. If you want an in-depth treatment of awareness, with lots of practical tips and techniques for building it, grab a copy! (it’s free!)

So… once you become aware of rationalizing, you can stop it, and learn from your mistakes.
Let’s return to the example at the beginning of this article, where a sales person convinced you to buy a cool gadget, but once you got home you realized it’s not really what you wanted. If you weren’t aware of rationalizing, you would quite likely fall victim to cognitive dissonance. That’s where you can’t hold two conflicting beliefs in your mind at the same time. Namely:

And if you didn’t want to give up the idea that you make fully rational decisions, you would have to rationalize buying the gadget. You would come up with a whole list of features it has to convince your conscious mind it was actually a good idea to buy it.

If, however, you WERE aware of rationalization, you wouldn’t have to do that. You would realize you made an irrational decision based on your emotions. You would accept the fact that you bought a crappy gadget. Then you would think about how the sales person made you buy it, and you would make sure you don’t make the same mistake in the future. Bingo! You just learned from your mistake!

How This Can Help You To Influence Others

When I talk about influencing others, I don’t mean it in a negative way. You might have connotations of sleazy marketers forcing useless products on customers. That’s not what I’m after.

Influencing others is just a tool. Like nuclear energy, it can be used for good (power plants), or bad (bombs). And since you’re into personal growth, I believe you will only use this tool for good.

Ok, are you ready?

People make decisions based on what they WANT. So when you try to influence someone, remember:

You won’t stop a teenager from smoking by telling them they’ll get cancer in 10 years, and get addicted and waste lots of money. But if you point out it makes their breath and clothes stink, which makes them less desirable to the opposite sex… you’ll be talking about things they care about. About something they WANT.

Now I’m no expert in convincing teenagers not to smoke, so maybe the second way won’t really work either. But I’m pretty sure it’s a lot closer to being a solution.

If you want to help someone make a positive change in their life, remember to meet them where they’re at. The REAL reason a change is good for them might be beyond their current view of the world. So frame it in a way they can relate to.

And that’s all for today, folks. Enjoy your newfound power.

About the writer: to read more of Vlad’s stuff, check out his post on how to Read Minds and Lift Your Mood by mastering simple body language techniques. Or discover Lucid Dreaming – the mysterious art of becoming aware that you’re dreaming, and then influencing what you dream about. Kinda like a virtual reality machine!

20 Responses to Are You Rationalizing Your Decisions?