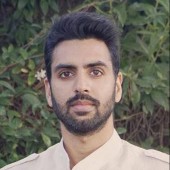 Ked Suri was born and raised in Barcelona. He considers himself a blend of East and West, keeping from each world what is most exceptional. Yoga has played an important part of his life since his early years; he was initiated at the Bihar School of Yoga at the age of seven and experienced ashram life every year whilst growing up, spending much time with swamis, yogis and renunciates. He is the founder and editor of The Yogi Press.

Complicated work situations are not a rare occurrence. Many of us have had a difficult co-worker to deal with at some point in our careers. From people who don’t submit their work in time or don’t show up for meetings, … Continue reading →