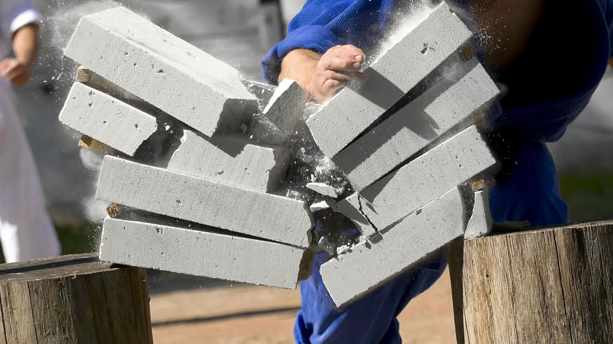 4 Science-Backed Ways To Have More Willpower

People were led into a room which smelled of just-baked chocolate chip cookies. Then, cookies and chocolates were brought out for them to see. And finally, some participants were given two cookies to eat, but not all of them. One group of people was given raw radishes to eat instead! Poor souls.

On a subsequent impossible puzzle designed to test a person’s persistence, those who ate radishes were found to last less than half as long and took just over half the number of attempts as those who ate the cookies. (source)

Willpower is an important part of changing yourself for the better—it’s what helps you drag yourself out of bed at 6 AM for a morning workout; it also helps you resist chocolate chip cookies. But using willpower comes at a cost that was seen in this study—it’s not unlimited.

Since our willpower can be low at times when we most need it, here are four scientifically-backed ways to increase your willpower.

The simplest way to gain willpower is to eat something. Willpower energy is influenced by how much energy your brain has, and the brain’s energy source is glucose. When you eat something, the body converts it into glucose energy for your brain and body to use. Table sugar and other fast-digesting carbohydrates are turned into glucose very quickly.

Baumeister has found in his studies that glucose restoration can be the difference between someone quitting early or persisting. In one such study, his team found that people’s willpower was restored quickly after drinking lemonade. (source) It’s also common sense and experience that when we feel tired (from low blood sugar) that we’re more susceptible to give in to bad habits and less likely to be productive (because of low willpower energy).

So unless you need willpower to resist food, you can consider eating food to restore it.

Baumeister’s work gave us the idea that glucose was a key way to refill willpower. But some other scientists wondered if the reward from food was a factor, either instead of or in addition to the glucose increase. They wondered this because when you consume sugar, it activates the reward area of your brain.

To test this, they had two groups swish a liquid in their mouths and spit it out. One group swished with artificially-sweetened liquid and the other with sugar-sweetened liquid. This set-up was brilliant because artificial sweeteners do not trigger the reward center of the brain (because they’re not food—the brain knows what’s up). And because they didn’t swallow the liquid, glucose-restoration was not a factor. In this way, they isolated the impact of the reward from consuming sugar. (source)

They found that the reward from swishing sugar did have a willpower-restoring effect, and that swishing with artificial sweetener had no effect.

I believe that glucose and rewards are both factors when it comes to restoring willpower. So that means when you are trying to resist fudge, maybe you should seek an alternative reward that doesn’t involve food. This should help in two ways: it will distract you from the fudge and restore some of your willpower energy to resist it.

More than one study has found that one gains willpower by using willpower. But it needs to be intentional. I’m not sure that using willpower randomly does anything useful, or we’d all be willpower machines by now. It’s the same reason why using muscles randomly throughout life doesn’t make people extremely strong—it requires intentional training.

In one study, students were tasked to focus on improving their posture for 2 weeks, and their self-control had improved versus those who did not. Importantly, their improved willpower was general. Willpower improvements were seen in areas unrelated to their posture. (source)

The common metaphor for willpower is that it’s a muscle, and like muscles, it is strengthened by using it and weakened by inactivity.

4. Trick Your Brain Into Practicing Even When Tired (Short-Term & Permanent Increase)

We need to use willpower when our conscious mind makes an “executive decision” and overrules our habitual preference. For example, saying no to a doughnut because it’s unhealthy or not a part of the diet overrides the innate desire for the sugary reward. Another example is forcing yourself to exercise despite not feeling like it. In each case, the subconscious wants the easy way, but we know what’s best for us.

This dynamic is problematic only because willpower is limited. Once we’re fatigued—as the aforementioned studies show—we lose willpower and are likely to fall back into bad habits or fail to keep up with our plans.

The way to trick your brain is to lead a breadcrumb trail of steps to your goal. If you want to work out for 30 minutes, but your subconscious wants to be lazy, you can aim to put your workout clothes on. This isn’t a dumb as it sounds—it’s the first step! After that, you can aim to set up your mat or do a single push-up. Continue on in this fashion for essentially unlimited willpower. The reason it works so well is that the subconscious has trouble resisting such a reasonable favor. “Oh, only one push-up? Sure, we can do that.”

When a step is too easy to say “no” to, you’ll do it. I’ve created a strategy based on this concept called “Mini Habits.” I started doing one push-up a day in late 2012. Today, I do full workouts on most days. This strategy worked because the small goal exercised my willpower every day (it still requires a bit of willpower to do one push-up, especially if you have weak willpower as I did). And over time, exercise became habitual.

Now I have stronger self-control and my life has improved in several ways as a result. These are direct results from my mini habits (and drastic improvements from before):

You can see how my health and career have improved, and I’ve also gained other benefits such as increased confidence. Investing in your willpower muscle is one of the best and most multi-beneficial things you can do. If you want to know the very best strategy for doing it, read Mini Habits. If you’re not a reader, the book can help you there too. The first thing it asks is that you read two pages per day. You’ll experience the power of the book as you read it. Read the reviews to see others’ experiences.

I’m Stephen Guise and I write about habit formation, focusing, and self-mastery at Deep Existence. If you join my Tuesday morning newsletter, you’ll get eye-opening articles like this every week. On top of that, you’ll get 40 desktop wallpapers, my stress-relief book, and access to the focus toolbox. It’s ridiculous.

8 Responses to 4 Science-Backed Ways To Have More Willpower