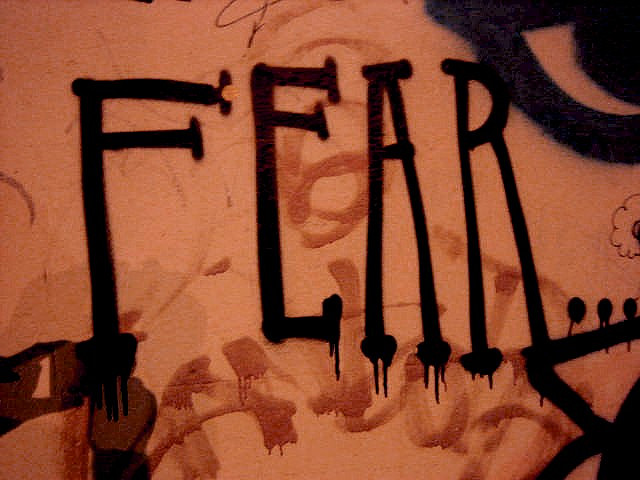 Befriend Your Fear – It’s More Than You Think

For the longest time in my life, I bemoaned the fact that fear never left my side. Everything I did, everywhere I went, everyone I met was in the company of an unwanted companion who screamed in my ears and talked louder than anyone in the room.

It made me uncomfortable, it stopped me from approaching people and situations and it had me question everything I did do. Of course I tried to shed it off. I covered my ears but its voice only boomed from within. I tried to shirk it off but it clung with vicious nails. I tried to shout it down but its voice got more crushing until I could not keep up. The more I hated it, the bigger and louder it grew.

Its Why You Are Here

I wondered often why it had found a home in me, how it had grown so strong and when it would finally leave me alone. Until I realized, many years later, that this fear was the very survival tool of my ancestors. It was not going anywhere. After all, it had ensured that they survived to pass on their genes so that oodles of us roam the planet today. Somehow, that realization proved to be my watershed moment.

It Builds You From Within

Seeing fear in this new light intuitively gave me the strengths to handle it. What would I say to all these people who showed genuine concern for me? Who looked out for my safety and who wanted to protect me from situations that could harm me? Would I turn my back on them and go out live my life, disconnecting from the very relationships that built me? Would I listen to all and slowly begin to lose sight of my passions? Would I become resigned to living life marginally, yet safely, letting go of every experience that could also potentially help me grow?

Looking at life from fear’s perspective made me want to allay its fears without letting go of my dreams. I learnt to appreciate the presence of a cautionary companion always by my side. I learnt to see its concerns and to differentiate between the genuine ones and the exaggerated worries. It gave me the wisdom to know when to keep away and the courage to go out and do what I wanted when the benefits outweighed the risks. It made me stronger in my own convictions and gave me the ability to stand up for what I believed in, regardless of the voices around me.

This was not always easy though. Fear always came along for the ride and even if it could not stop me, it continued to watch from the sidelines, smiling, but only sometimes. Mostly it bit its lip and shook its head softly, the mother, friend and grandmother all in one. But it knew I had listened and rarely screamed for I never ignore it. After all, it only wanted to shield me. It did not realize I had grown up.

And yet, even as an adult, I am grateful for my fear. Without it, I could be reckless, misinformed, unprepared. Without it, I would not look at situations from different angles and fail to come up with innovative ways of doing things. Without it, I may not live to my true potential.

It Broadens Your Horizons

For fear gives me an amazing ability. It is the single force that fuels my imagination and sparks my creativity. Yes, it unfurls the most ghastly of scenarios. But it also enables me to write with passion, to paint beyond reality, to dream at the edge of possibility.

History is full of examples of artistic and intellectual greats who were plagued with fears of their own and yet went on to achieve greatness. Isaac Newton, Ernest Hemmingway, Vincent van Gogh, Michelangelo left their mark on civilization because they nurtured their fears and directed its energies into their passions. Could the Ancient Greeks have been right that creativity comes from the gods?

And so I befriend my fear. Not as in running to it for advice and counsel. But as in smiling at its presence and lending it a compassionate ear. Sometimes it whispers and sometimes it shouts. But it knows I have listened and it trusts that I will act of I need to. I’ve begun to like its presence watching over my shoulder. Sometimes I fear it will leave because its work is done. But like a mother who counsels her children to her dying day, it refuses to let go of me.

Perhaps it too finds solace in my company.

Homaira Kabir is  a Positive Psychology Practitioner whose work expands the breath of the human experience. She guides women and adolescents connect inwards and harness their brilliance to live lives of passion and purpose. You can read more about her at www.homairakabir.com